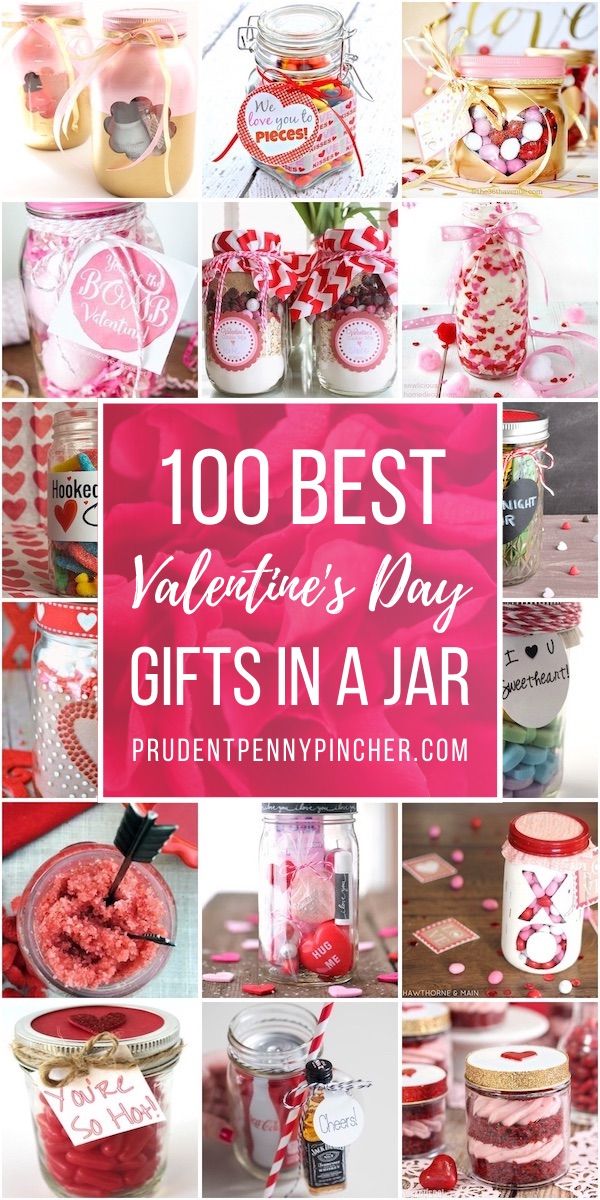 Show your affection with these creative DIY Valentine’s Day gifts in a jar. There are easy homemade valentine gifts for him and her. #valentinesday #gifts #diy #crafts