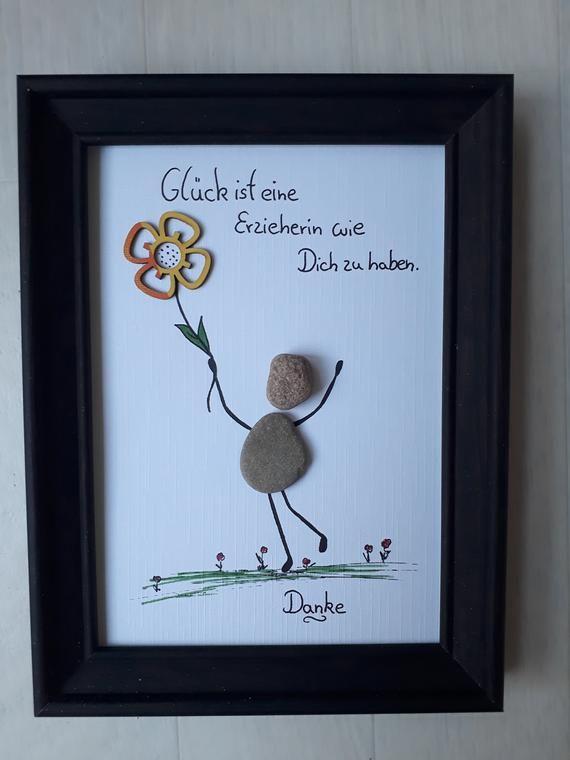 Stone picture as a great gift for a loved one. A real unique piece that only exists once. Dimensions 13×18 Without glass pane Handcrafted Single piece Frame color dark or white please specify. If nothing is specified, a color is chosen at random.