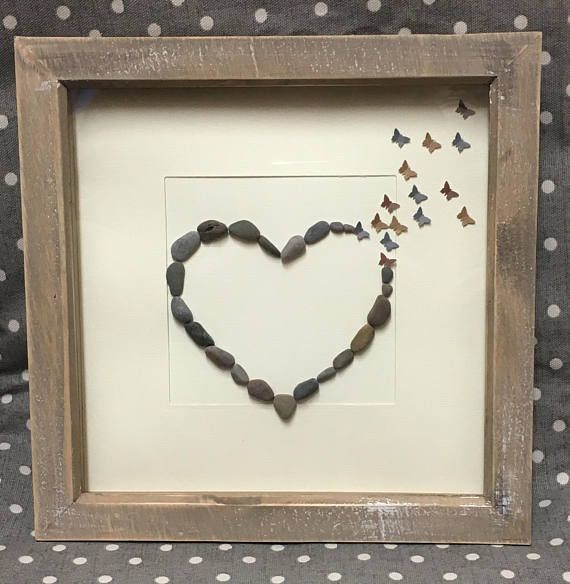 This special offer is for an 8 x 8 inch pebble picture design of a heart, created in pebble and with the coordination of butterflies, framed in a distressed rustic wooden frame, mounted on textured ivory card, ready to hang or lean against a wall